Streaming sticks like the Amazon Fire TV are becoming increasingly popular. Not only can you stream streaming services like Netflix and Disney+ via the smart HDMI stick. Live television can also be brought to the big TV with the Fire TV Stick. The popular private channel RTL can be received via certain streaming services. In this article we explain which services are available and how you can watch RTL via the Fire TV Stick.

The Amazon Fire TV Stick is a streaming dongle. The adapter streams digital multimedia content; mainly TV series and films, but also audio (music, audio books, audio plays) and image files. The devices obtain the data via the internet to prepare them for display on a TV set. To do this, the Fire TV is simply plugged into an HDMI input on your TV and connected to the Internet via WLAN.

RTL+ is the RTL Homebase for Fire TV

The streaming service RTL+ is the home of RTL. Not only can you access the channel’s entire media library via the app, but you also receive other programmes, such as the popular TV channels VOX and n-tv. To receive RTL on the Fire TV Stick with RTL+, you must subscribe to at least the Premium variant of the service. In contrast to the desktop version, free use on the Fire TV Stick is not possible.

After a free trial month, you pay 4.99 euros / month for RTL+ Premium. This allows you to receive the following German programmes and use their media libraries:

If you are primarily interested in receiving RTL, RTL+ is the most favourable variant for the Fire TV Stick. 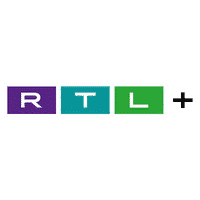 RTL+ is the replacement for the streaming provider TVNOW. After the RTL Deutschland group had operated its own streaming service under the name TVNOW from 2016 onwards, it was decided after five years to rename the service RTL+ from November 2021.
€ 4,99
for free
Activate Deal

At Munich’s TV streaming service waipu.tv, you can stream not only RTL programmes on the Fire TV Stick, but all relevant private and public channels; more than 150 channels in total. In contrast to RTL+, however, the media libraries of the RTL channels are missing. Instead, you can record programmes like a video recorder and store them in a virtual (cloud) storage.

Can you stream German TV channels abroad at all? The answer is: yes. There is also a simple and convenient solution: you can conveniently connect to a German server via VPN service and then receive all series and films as well as German live TV without any problems. The virtual location obfuscation also prevents alarm bells from ringing at Zattoo & Co. If you have a Fire TV Stick, install a VPN service, e.g. NordVPN, from the integrated App Store on the Fire TV Stick and use it to obtain the desired German IP address. Then install and start the TV app from the App Store and log in with the login data from the registration.

You can also pause the current programme or play back a programme in progress from the beginning. waipu.tv Perfect Plus offers a very extensive range of pay-TV channels; you do not have to do without the paid programmes of the RTL media group, RTL CRIME HD, RTL PASSION HD, RTL Living HD and GEO Television HD.

After a free trial month, you can subscribe to waipu.tv for a fee of 5.99 euros (waipu.tv Comfort) or 12.99 euros (waipu.tv Perfect Plus). The packages differ in the number of programmes, the recording memory, the picture quality and other functions, especially the restart function. The HD resolution of the RTL channels requires the waipu.tv Perfect Plus subscription.

Zattoo brings RTL with Dolby 5.1 sound and in Full HD

The Swiss TV streaming service Zattoo also allows you to stream RTL programmes via the Fire TV Stick. In addition to RTL Television, you can also receive the channels VOX, RTLZWEI, NITRO, n-tv, RTLplus, SUPER RTL, TOGGO plus, VOXup and over 100 other programmes with this provider. Compared to waipu.tv, Zattoo offers the channels in Full HD quality and with Dolby 5.1 sound. This also applies to the pay-TV programmes RTL CRIME HD, RTL PASSION HD, RTL Living HD and GEO Television HD, which, however, must be subscribed to in an additional pay-TV package.

You can record up to 100 TV programmes in the Zattoo Ultimate package. In addition, four simultaneous streams are available so that other people in your household can watch TV at the same time. With the option of mobile use, you can also enjoy the EU countries, you can also enjoy RTL programmes and other TV channels.

The cheaper Zattoo Premium package comes with poorer (HD) picture quality and you only have two simultaneous streams available. In addition, the recording memory is missing. All other functionalities, e.g. the restart and pause function are the same.

While waipu.tv and Zattoo stream all relevant TV channels, TVNOW is RTL’s own offering. Besides additional pay TV programmes, you have access to RTL programmes before they are broadcast on TV.

All three providers can be tested free of charge.

You can stream ProSiebenSat.1 and Discovery programmes (TLC, DMAX, HGTV, Eurosport) on the Fire TV for free via the Joyn streaming service.

Previous article
Joyn trial month – how to get PLUS+
Next article
5 Ways to Relax Your Body, Mind and Soul

Amazon and Google are undoubtedly tech giants that are trying to expand their position in the market with ever better products. With Amazon Fire...

With the analogue switch-off of TV programmes, the distribution of FM programmes also ended in Vodafone's cable network. The cable network operator needs the...

6 Healthy Snacks You Need to Eat Before Your Next Workout